i. The National Small Industries Corporation Limited (NSIC) signed an MoU with Ministry of Micro, Small and Medium Enterprises (MSME) for the year 2019-20. The MoU envisages provision of enhanced services by NSIC under its marketing, financial, technology, and other support services schemes for MSMEs in the country.

2. US removes India, Switzerland from its currency monitoring list

i. The Trump administration removed India from its currency monitoring list of major trading partners, citing certain developments and steps being taken by New Delhi addressing some of its major concerns. Switzerland is the other nation that has been removed from the list. However, the list includes China, Japan, South Korea, Germany, Italy, Ireland, Singapore, Malaysia, and Vietnam among others.

3. India moves up to 43rd in competitiveness; Singapore tops chart 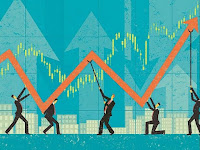 i. India has moved up one place to rank 43rd most competitive economy in the world on the back of its robust economic growth, a large labour force and its huge market size, while Singapore has toppled the US to grab the top position, a global study showed.

ii. Singapore has moved up to the top, from the third position last year, while the US has slipped to the third place in the 2019 edition of the IMD World Competitiveness Rankings. Hong Kong SAR has held onto its second place, helped by a benign tax and business policy environment and access to business finance.

ii. In the country’s first general elections in 1951, twenty-four women were elected to the Lower House, and since then, the number has been increasing.

i. RBI has extended timings for customer transactions in the Real Time Gross Settlement (RTGS) system to 6:00 pm from 4:30 pm. The new time window for RTGS will come into effect from 01st June 2019.

ii. The customer is charged a ‘time-varying charge’ on each outward transaction in addition to the flat processing charge. The fee for transfers between 8 am to 11 am is nil, from 11 am to 1 pm is Rs 2, and from 1 pm to 6 pm is Rs 5. The fee for transfers made after the initial cut off of 6 pm will be Rs 10. The initial cut off for customer transactions will be 6 pm and the final cut off for inter-bank transactions will be 7:45 pm. The IDL reversal will take place between 7:45 pm and 8 pm.

i. State-owned Corporation Bank has launched ‘SMESuvidha’ scheme to provide loans to the GST-registered MSMEs at affordable interest rates. The product is designed as a part of the lender’s efforts to improve service and provide the best products to the MSME sector. This is a unique product for GST-registered Micro, Small and Medium Enterprises (MSMEs).

ii. The bank is actively participating in the government’s flagship programmes including ‘MUDRA’ and ‘Stand-up India’ to provide the much-needed push to the MSME sector.

States in the News

ii. Kerala ships around 150 tonnes of fruits and vegetables on a daily basis to various gulf countries and of this, the consignment to Saudi alone was 30-40 tonnes.

i. Naveen Patnaik took oath as the Chief Minister of Odisha for the fifth time after a decisive victory in the state elections that were held along with national elections. The 72-year-old is the longest-serving chief minister of the coastal state.

ii. Odisha Governor Prof. Ganeshi Lal administered the oath of office and secrecy to Mr. Patnaik and his twenty councils of ministers. The council of ministers comprises 11 cabinet and nine state rank ministers.

i. Pema Khandu was sworn- in as the Chief Minister of Arunachal Pradesh for a second term. Along with Pema Khandu, 11 other ministers of the cabinet were also sworn in.

ii. Governor Dr. BD Mishra administered the oath of office and secrecy to the council of ministers.

i. Scott Morrison has been sworn in as Australia’s Prime Minister, 11 days after retaining the position in the country’s general election. Along with Deputy Prime Minister Michael McCormack, Morrison was sworn in by Queen Elizabeth’s official representative in Australia, Governor-General Sir Peter Cosgrove, in the capital, Canberra.

i. N Kumar, Vice-Chancellor of Tamil Nadu Agricultural University has been conferred the lifetime recognition award by the Confederation of Horticulture Association of India. The award has been conferred for his outstanding contribution in the field of horticulture and academic leadership focussed on human resource development in agriculture.

i. US-based retail chain Walmart has appointed Suresh Kumar, an IIT Madras graduate and former Google executive, as chief technology officer and chief development officer. The appointment comes at a time when Walmart is transforming its customer and associate experiences.

i. Sri Lanka has signed a tripartite agreement with India and Japan for development of eastern terminal of Colombo port. The Memorandum of Cooperation (MoC) was signed in Colombo by Sri Lankan ports minister Sagala Ratnayake, Indian high commissioner to Sri Lanka Taranjit Singh Sandhu and a Japanese representative.

ii. As per the agreement, Sri Lanka Port Authority (SLPA) will hold 51 percent majority stake in the port development while Japan and India will have combined stake of 49 percent. 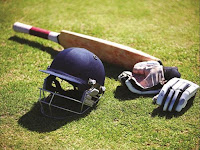 i. The ICC has launched the criiio campaign on the eve of the men’s World Cup, bringing together 460 million people playing cricket globally to celebrate the magnificent diversity of cricket. The ICC asked the fans to join the social cricket tribe by sharing pictures and videos of where and how they play cricket across the world using the newly launched #criiio and visiting criiio.com.

ii. This builds on the success of the recent user-generated social media initiative #WorldWideWickets and is the first of a series of programs that will be launched by the ICC over the next 12 months.

ii. Chaudhury has already secured a berth for the Tokyo Olympics. This is India’s second Gold in the championship.