i. Goa celebrates its statehood day on 30th May. It was on this day in 1987 Goa became the 25th state of the Indian Union.2 It was a Union Territory along with Daman and Diu from December 1961 onwards when Goa was liberated from the colonial rule.

ii. Once Goa was liberated there was a controversy regarding merging Goa with the neighbouring state of Maharashtra or Mysore. However, an opinion poll of 1967 suggested that Goa, Daman, and Diu be Union Territory.

ii. In the presence of a large number of his followers who came there to witness his swearing-in-ceremony, Jagan Mohan Reddy has put his first signature on the file hiking social security pensions from next month.

i. The Armed Forces Tribunal cleared the way for Vice Admiral Karambir Singh to become the next Navy Chief, while it deferred for four weeks the matter of Vice Admiral Bimal Verma which seeks to quash Singh’s appointment.

ii. Karambir Singh, who is the Commander-in-Chief of the Eastern Naval Command, will take over as the Navy Chief on 31st May 2019.

4. SC extends the tenure of NCDRC’s judicial member by one year 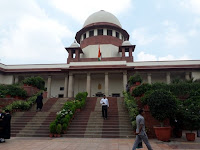 i. The Supreme Court has extended the tenure of Justice VK Jain, a judicial member of the National Consumer Disputes Redressal Commission (NCDRC), which was expiring on 30th May 2019. A vacation bench comprising Chief Justice Ranjan Gogoi and Justice Aniruddha Bose stated the extension of tenure would be for one year or till the process of fresh appointment is completed.

ii. Justice Jain was appointed as a judicial member of the NCDRC on 30th May 2014.

i. RBI has constituted a six-member committee on the Development of Secondary Market for Corporate Loans to come up with recommendations to increase the efficiencies of the debt market and aid in the resolution of stressed assets.

ii. The committee, headed by TN Manoharan, Chairman, Canara Bank, will make recommendations on required policy/regulatory interventions for facilitating the development of the secondary market in corporate loans, including loan transaction platform for stressed assets.

i. International Everest Day is being observed on 29th May. Nepalese Tenzing Norgay and New Zealand’s Edmund Hillary had climbed the Mt. Everest on this day (29th May) in 1953, as the first humans to achieve the feat.

ii. Nepal decided to observe the day as International Everest Day since 2008 when the legendary climber Hillary passed away. Everest Day on May 29 every year in memory of the first summit of Mt. Everest by Sir Edmund Hillary and Tenzing Norgay Sherpa on the day in 1953. The day is celebrated with memorial events, processions, and special events in Kathmandu and the Everest region. 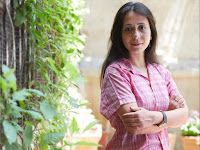 i. Indian writer Annie Zaidi was announced as the 2019 winner of the USD 100,000 Nine Dots Prize, a prestigious book prize created to award innovative thinking that addresses contemporary issues around the world.

ii. US President Donald Trump bypassed Congress to sell USD 8.1 billion in arms to Saudi Arabia and other Arab allies, citing the alleged threat from Iran.

i. James Marape, a former finance minister and critic of a major global gas development deal, has been elected by parliament as the prime minister of Papua New Guinea.

ii. His election came after weeks of political turmoil that saw his predecessor, Peter O’Neill, resign having lost the support of the House after more than seven years in power.

10. Nigeria’s Muhammadu Buhari sworn in for second term as president

i. Muhammadu Buhari has been sworn in for a second term as Nigeria’s president, following a campaign that focused on tackling security threats and rooting out corruption. He did not make a speech during the low-profile event attended by members of the diplomatic community.

i. Nepal is celebrating its 12th Republic Day on 29th May 2019. A number of programmes are being organized in different parts of the country to mark the occasion. The main function was held at Army Pavilion in Kathmandu, which was attended by the President Bidya Devi Bhandari, Prime Minister K.P.Sharma Oli, cabinet ministers, senior government officials, heads and representatives of various diplomatic missions and other dignitaries.

i. The ICC Men’s Cricket World Cup 2019 will begin today (30th May 2019). England will open the tournament at The Oval in London when they will take on South Africa.

ii. The World Cup will span 48 matches in all, of which 45 will make up the group stage. Each team will play nine group stage matches, and the top four will progress to the semifinals, similar to how the 1992 World Cup was held.

i. Chelsea got the better of its English Premier League rivals to win the Europa League final, beating Arsenal 4-1 in the Baku Olympic Stadium, Azerbaijan. Despite a bright start from the Gunners, Chelsea ran riot in the second half with three goals in quick succession.

i. Carmine Caridi, known for roles in The Godfather franchise, has died at the age of 85. The veteran actor also appeared in the final part of “The Godfather” trilogy in a different role – Albert Volpe, an investor in Michael Corleone’s casinos who is killed in an attack at a hotel in Atlantic City.